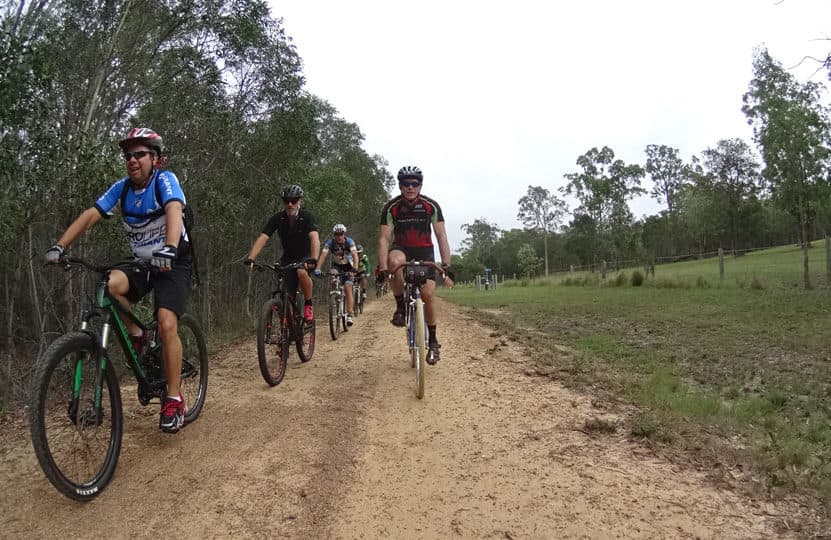 One down, One to Go

When we started the campaign to complete the Brisbane Valley Rail Trail, there were two sections that were incomplete – Ipswich to Wanora and Toogoolawah to Moore.

After two and a half years of campaigning, we recently achieved the first of the two goals when work on the Ipswich to Wanora section of the Brisbane Valley Rail Tail was completed and the section was officially opened on 9 November 2016.

This will directly benefit local tourism businesses. For the first time since the Brisbane Valley Rail Trail was conceived back in 1996 by two Councillors in the former Nanango Shire, Mayor Reg. McCallum and Councillor Kevin Allery, it will be possible for visitors to arrive by train at Wulkuraka Station and travel all the way to Toogoolawah without leaving the Brisbane Valley Rail Trail.

It will also be possible for Ipswich residents to jump onto the Brassall Bikeway and then pick up the connection with the Brisbane Valley Rail Trail and cycle the 22 km all the way to Fernvale and beyond.

We’re already getting reports from local cafes in Fernvale of a surge in mountain bikers dropping in for a coffee and a bite to eat.

Every section of the Brisbane Valley Rail Trail is different from every other section. The new section is very pretty. It’s been undisturbed for many years, so it’s become a nature strip with some very tall trees and plenty of native vegetation and bird life. The surface is quite good with long sandstone stretches that are just great for a bicycle.

There are a couple of step-overs as a deterrent to motor-cyclists, but otherwise all the gates are locked to a pole in a partly open position as a cheap and effective method of facilitating free flow whilst preventing motor vehicles from entering the track.

Feed-back from cyclists last Saturday on the first organised bike ride from Fernvale to Wulkuraka Station and back (44 kms) was very positive. They just loved it. “Awesome” was a much used phrase. A couple even took the trouble to send us a thank you for organising the ride:

“Thanks for a great ride on weekend – thoroughly enjoyed it!”

On behalf of the Brisbane Valley Rail Trail Users Association, I would like to thank the Queensland Government for the political will and funding, all the people in the Department of Main Roads (railway Corridors) who worked so hard to make it happen, and all our supporters for their contribution to this significant achievement.

In years to come, the rural communities traversed by the Brisbane Valley Rail Trail will reap the economic, social and recreational benefits of Rail Trail tourism.

We still have a long way to go. This is just Stage 1.

Stage 2 will be the completion of the Toogoolawah to Moore section. We’re expecting an announcement about additional funding that may be needed very soon.

It will be the Great Australian Adventure Rail Trail.