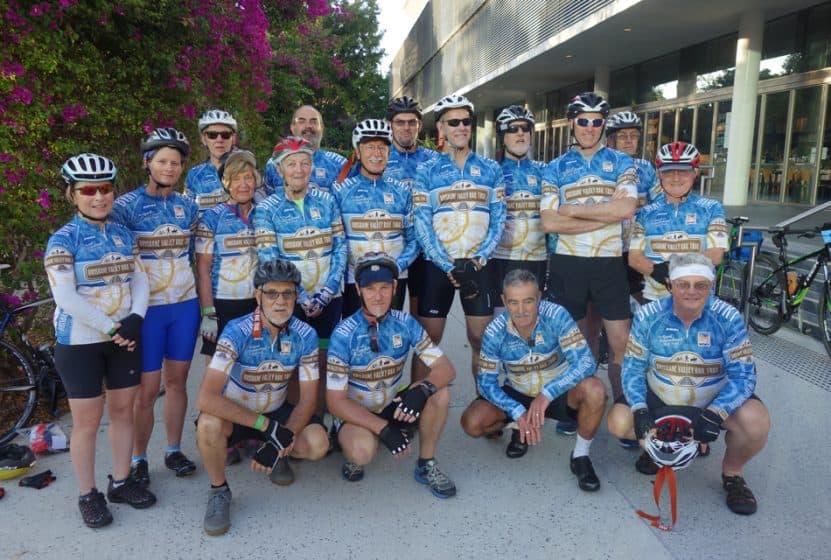 To bring people up to speed, part of the $1.8 million plus $2.5 million funding deal announced by the Queensland Government for the back in January of this year, was that the Queensland Government would complete the Brisbane Valley Rail Trail and then responsibility for the maintenance would pass to the local councils with a sweetener of $2.5 million over 10 years to maintain it.
When the State bureaucrats met with me in February they were confident the $1.8 million allocated to complete the job would be more than enough, with some left over for improvements on existing sections of the trail.
It looked like a great deal.
Then they asked Somerset Regional Council to provide a quote for doing the work. Their motivations were two-fold. 1) To establish a standard that would be acceptable to Council and 2) to come up with a benchmark costing.
The Council engineer did a very thorough job (I’ve seen the full report and I’ve done the tour), but it turns out that the project is a bit more challenging than first anticipated.
Prior to formal submission to the Queensland Government, the report has to be approved by the full Somerset Regional Council meeting. It’s on the agenda for next Wednesday, with the following recommendation:
“THAT Council advise the Department of Main Roads that when agreeing in principle to be involved in the future management of the Brisbane Valley Rail Trail, Council did so with an expectation that the work to complete the trail would be undertaken to the same standard that had applied to work already undertaken. Council therefore expects that the work to complete the Toogoolawah to Moore section of the Brisbane Valley Rail Trail will be undertaken as detailed in attachment A with an estimated cost of $2,903,719.20.”
That’s not necessarily the final figure as the Queensland Government is likely to put the job out to tender to see what the private sector can offer.
However, it does look like we’re about $1.1 million short of the amount that will be required to complete the Brisbane Valley Rail Trail.
I’m not quite sure where the figure of $1.8 million came from. There has been speculation that it was simply the amount remaining from the $3.5 million that was originally allocated back in 2010.
I’ve had sight of the original costing for the Toogoolawah to Moore section of the Brisbane Valley Rail Trail back in 2008 when the projected cost was $1,588,895.
Apart from inflation, there is one major difference between then and now. The original costing was before the bridges were lost in the 2011 and 2013 floods, so that alone has increased the cost.
From a different perspective, according to the Australian Bureau of Statistics ‘Consumer Price Index Inflation Calculator’, the original estimate of $1,588,895 would now be worth $1,883,777, so perhaps that has something to do with it.
It has also been claimed that the Queensland Government recently obtained a quote from a private contractor for doing the work that came in at around $1 million. However, I have reliable information that there was never a formal quote – simply an informal discussion with some figures bandied around.
We ‘ve come a long way in the campaign to get the Brisbane Valley Rail Trail completed. I believe the political will and commitment is there. We’ve done the hard yards for them – we ‘ve proved that the Rail Trail is viable as a tourism asset.
In addition, Rail Trails are a good investment for a government looking to stimulate economic activity. They can be completed at a relatively low cost and give a very good rate of return in the form of hard tourism dollars and creation of employment opportunities, plus the less tangible health and other benefits from improved recreational facilities for the local population.
We will certainly be lobbying the Minister for Transport and Main Roads, Stirling Hinchliffe and I’m sure Somerset Regional Council and our local State members will also be doing their bit.
Like Oliver Twist we need a bit more. Just another million will do nicely.
It’s becoming a bit of a catch cry for our campaign, but I’ll say it again:
What is needed now is for everyone to give one last big push.
Together we can get this over the line.
Paul Heymans, President
Brisbane Valley Rail Trail Users Association Inc
» News » Somerset Regional Council finalises BVRT costing