The BVRT needs letters of support for funding application

Wishing all our members and supporters a very Happy New Year. 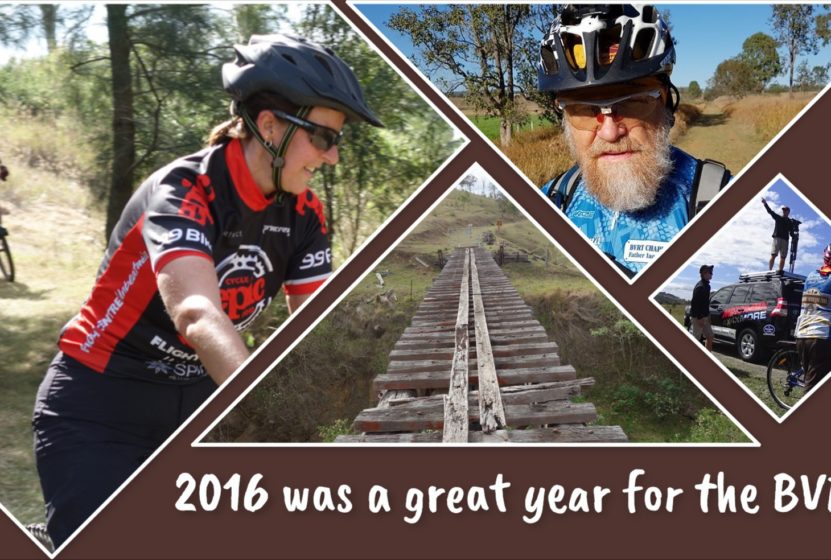 2016 was a great year for the Brisbane Valley Rail Trail, with more visitor numbers than ever before.

The incomplete section between Wulkuraka Station and Wanora was officially opened, there were some great events, Telstra sponsored the biggest billboard in the world for the BVRT on the Fernvale exchange, and media coverage has been outstanding, including Channel 7 ‘Creek to Coast’ and the five-day Live BVRT Broadcast by the ‘ABC Spencer Howson Breakfast Show’.

There’s a very good chance the BVRT will be completed if current funding applications are successful. Our sister trail, the Kilkivan to Kingaroy RT will open in March, and the push will then be on for an official connecting trail.

The Bicycle Queensland ‘Brisbane Valley Rail Trail Experience 2017’ is scheduled for May 2017 with places for 500 cyclists. The BVRT Users Association has some great events planned and there are some great multi-day commercial ventures in the pipeline. We’re also working on sponsorship funding for a shuttle bus with bike trailer, so watch this space.

BVRT Users Association is the premier organisation representing the interests of Brisbane Valley Rail Trail users. When we first became involved with the BVRT, it was dead in the water. Incomplete and unloved, it was a project that had been officially mothballed by the previous Queensland Government.

There are of course the usual Trolls, time-wasters and busybodies who try to undermine our work, but they have not succeeded. The vast majority of local politicians are on board and supportive of the campaign to get the BVRT completed. Support from the user community has been phenomenal.

There is an immense amount of good will towards the project that will overcome all obstacles.

When completed, the Brisbane Valley Rail Trail with be ‘The Great Australian Adventure Rail Trail’.

Thank you to our members and supporters for all your support in 2016 and we look forward to achieving even more in 2017.

We are stronger working together.

Collage captions – rotating from the left – cyclist in the BQ ‘BVRT Experience 2016’ Event, BVRT chaplain, Fr Ian Bailey, Channel 7 filming ‘Creek to Coast’ and Jimmy’s Gully Bridge – scheduled to be the only bridge crossing on the Toogoolawah to Moore section.

» News » Wishing all our members and supporters a very Happy New Year.