Letter to the Qld Minister for Transport and the... 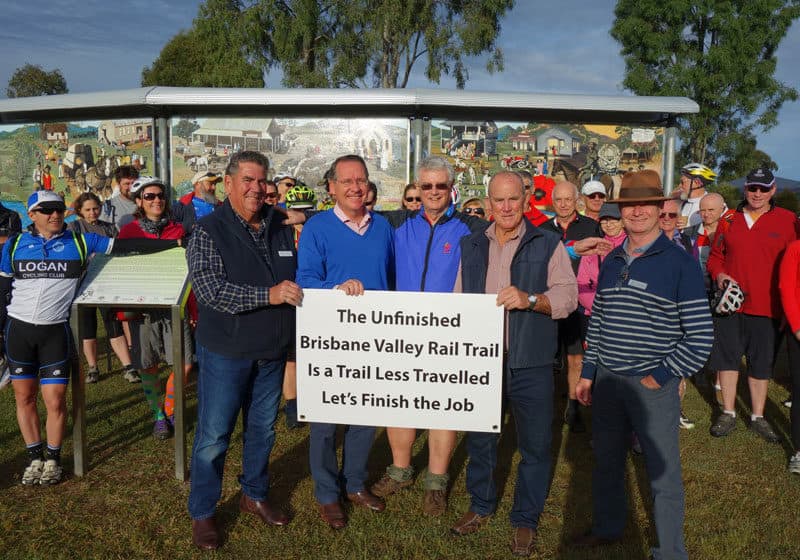 When the Palaszczuk government announced $1.8 million to complete the Brisbane Valley Rail Trail, we were advised that the funding would be sufficient to complete the Toogoolawah to Moore section with some left over for other improvements.

It’s subsequently transpired the funding amount was allocated with no detailed estimate of the actual cost.

At the request of the Dept. of Transport and Main Roads, Somerset Regional Council has subsequently undertaken a very detailed costing. I’ve seen the report and I’ve done the tour with their engineer.

Due to the large number of creek crossings and other significant civil engineering challenges, the actual cost of completing that section alone will be $2.9 million.

The funding on offer is therefore short by $1.1 million. This is not a question of Somerset Regional Council over-estimating the cost. The Dept. of Transport and Main Roads under-estimated the cost.

Without sufficient funding and after all the hard work undertaken by the community to achieve a completed Brisbane Valley Rail Trail, this project may be dead in the water.

We support Somerset Regional Council in calling for the Palaszczuk government to deliver a completed Brisbane Valley Rail Trail as promised.