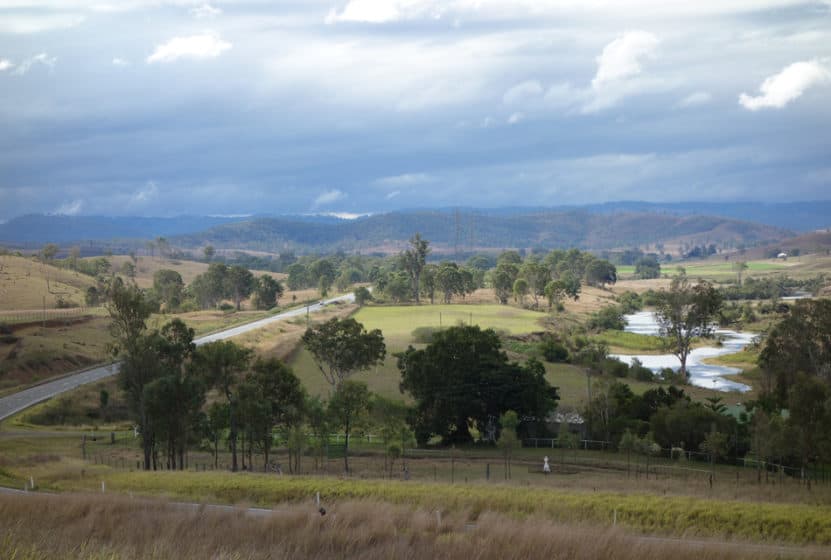 It’s now 8 months since the announcement about funding for completion of the Brisbane Valley Rail Trail by the Queensland Government in January of this year.

Whilst there was early optimism that the project would be completed by late 2016/early 2017, it seems we may have been looking through the wrong end of the telescope.

The wheels of government turn very slowly, but that does not mean to say they have not been turning.

Just to remind everyone, the deal the Queensland Government placed on the table was $1.8 million to complete the Rail Trail plus $2.5 million over 10 years to maintain it.

There were a couple of caveats, the most important being that the local councils with sections of rail trail within their borders should take over legal responsibility for managing, promoting and maintaining it.

All four councils are all on board with the project (Ipswich CC, Somerset RC, South Burnett RC and Toowoomba RC), but each Council has a different perspective. Nothing unreasonable, but obviously Councils are concerned to protect the interests of their own ratepayers. The ongoing negotiations have caused some delay, but perhaps the biggest delay of all has been the scoping and costing of the Toogoolawah to Moore section.

Last week, I was invited to join the Somerset Council engineer who has done a very thorough job of scoping the work on a tour of the project organised for Somerset councillors.

For the most part, the old railway corridor is in surprisingly good condition, but there are some challenges. Just to give a few examples, one section of the old railway corridor reserve has been sold and is in private hands, bridges have rotted, Jimmy’s Gully is very steep so will require a bridge (possibly constructed by recycling some of the more useable timbers), circumventing Ivory Creek will require a longish detour, material has been taken from the railway embankment north of Harlin to build the Brisbane Valley Highway…and so on.

It’s all achievable and the political will is there, but current indications are that the cost may exceed the $1.8 million allocated.

The project has not yet gone out to tender, so we’ll have to wait and see on that one.

I think it will be at least February 2017 before the first sod of earth is turned, but once work commences, it should only take a few months to complete the project with modern, civil construction methods.

In the meantime, great progress has been made with the southern section from Wulkuraka Station to Wanora. Ipswich City Council has opened their amazing, new $3 million Brassall Bikeway Stage 4/Brisbane Valley Rail Trail from Wulkuraka Station to Diamentina Blvd. The Queensland Government has been working on necessary improvements to the section from Diamentina Bld to Wanora, including safety signage and railings at the crossing of the Brisbane Valley Highway, plus the planting of 200 native trees.

All work on the southern section should be completed later in October and the gates will be opened.

We plan to invite the Minister for Main Roads, Stirling Hinchcliffe MP and local politicians so we can thank them personally for the funding and hard work that has gone into completing the Brisbane Valley Rail Trail thus far.

BVRT Tourism on the increase

The opening of the Brisbane Valley Rail Trail all the way from Wulkuraka Station to Toogoolawah will be a fantastic boost for tourism in our region.

The publishers of the very popular ‘Where to Mountain Bike in South-East Queensland’ are including a whole chapter devoted to the BVRT in the latest edition.

The BVRT was recently featured on Creek to Coast and in the ABC Spencer Howson Breakfast show.

We’re on a roll – word about Australia’s Great Adventure Rail Trail is spreading far and wide.

We need to get the job finished soon.

Photo caption: View of the Brisbane River from the BVRT north of Harlin