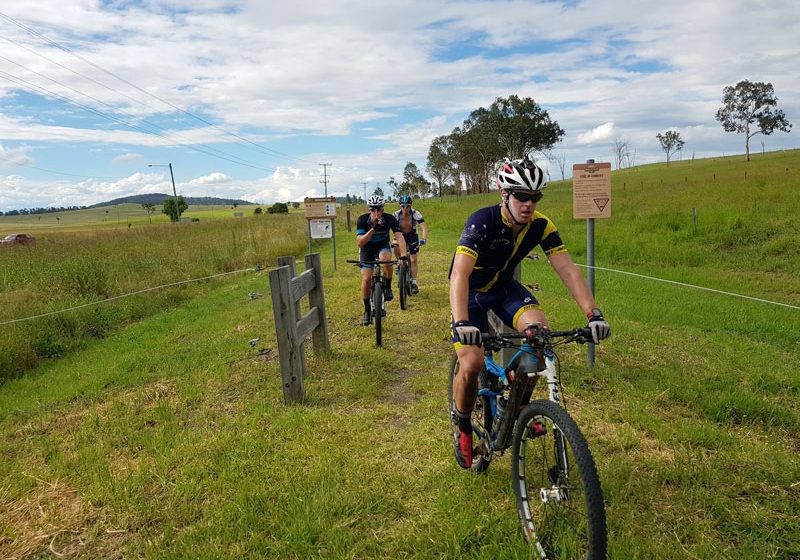 When I first become involved with campaigning for funding to complete the Brisbane Valley Rail Trail, it was under-used, under-loved and under-funded. We realised early on that we needed to turn that around if we were to have any chance of success in persuading the Queensland Government to loosen the purse strings.

We could talk about the health and recreation benefits as much as we wanted, but there was only one argument that would win the day. We had to demonstrate that there was a strong economic case for completing the rail trail. We rarely strayed from the theme – it was all about the tourism dollars that the rail trail would generate for the rural towns it passes through.

But in my heart, I understood very well that the health and recreational benefits are just as important if not more so. The Brisbane Valley Rail Trail provides an amazing adventure playground for people to enjoy the great outdoors.

As a ‘frequent flyer’ on the Brisbane Valley Rail Trail, I’ve seen the number of users increase from a mere trickle to a solid flow.

Despite having clocked up a few thousand km on the rail trail, I never tire of it as it changes with the seasons and the time of day. I am not alone. There are thousands of people like me who enjoy the Brisbane Valley Rail Trail just as it is – a bit more challenging than your average rail trail.

A disused railway corridor owned by the State is pretty much a worthless asset, but turn it into a rail trail and it benefits the whole community.

It encourages ordinary people of all ages to include more physical activity in their busy lifestyles by providing an inexpensive opportunity to have a great outdoors adventure in a relatively safe environment.

We know that most visitors are from South-East Queensland, but there is increasing interest from other parts of Australia and from overseas. There are many frequent visitors to the rail trail – they come out to try one section, but then it becomes a thing to do all the sections until they’ve completed the entire rail trail from one end to the other. And then they start over again.

Some do it in several day trips, others do it all in one go, staying in accommodation along the way.

Andy was the first recorded person to complete the entire Brisbane Valley Rail Trail in under 12-hours a couple of years ago, so if anyone could do it, he was a good candidate.

It was a very hot and humid day on Thursday, but he made it as far as Esk before the support crew persuaded him to call a halt as he was clearly suffering from extreme heat exhaustion.

Nonetheless, 254 km mostly off road was still a heroic effort and the gauntlet has been thrown down. Andy will be back in cooler months and there are now other ultra-extreme cyclists eyeing off the challenge.

In 2018, the Brisbane Valley Rail Trail Users Association is planning several challenge cycling events including a repeat of the 161 km BVRT End-to-End Extreme from Wulkuraka to Yarraman on the completed rail trail.

We’re looking to match the time it took for a train to travel the whole distance, which was approximately 6 hours (depending on how long the train crew spent in the Linville pub).

We’re also planning the Toogoolawah Dash, a fast-paced cycling event from Yarraman to Toogoolawah (75 km) that will be open to any reasonably fit off-road cyclist as a third of the course will be downhill.

It seems fitting to have a cycling event that ends in Toogoolawah, birth place of the famous Australian ultra endurance and Jubilee Cyclist, Les Cecil.

We’re not the only organisation with big plans for Brisbane Valley Rail Trail events in 2018.

Bicycle Queensland is planning a repeat of their 3-day End-to-End Bike ride. AAA Racing is planning a 161 km End-to-End foot race. There is talk of a hand-bike event for people with a disability.

But it’s not all about the big events. Students at Toogoolawah High School use the Brisbane Valley Rail Trail to complete their Duke of Edinburgh awards. Families are doing the rail trail section by section with their kids. Local people are increasingly using the rail trail for their daily exercise.

Whilst the economic benefits of rail trail tourism are important, other well-documented but less well-known benefits are reduced health care costs, improved community pride, reduced crime, and opportunities for people to entertain themselves in healthier and more wholesome ways.

When completed, the Brisbane Valley Rail Trail will be Australia’s longest rail trail. It passes through varied and beautiful Queensland countryside with towns and villages spaced conveniently about 20 km apart. It’s a bit of a rugged track in places, with long gentle ascents that can seem to go on forever, but then the long descent on the other side makes it all worthwhile.

Sadly, most of the old wooden bridges are decayed beyond repair, so the gullies at the creek crossings can present a bit of a challenge. There’s no mobile phone reception in some places and some sections are quite remote.

As rail trails go, the Brisbane Valley Rail Trail is not a soft option by any means. There is no shortage of opportunities to challenge yourself, but you can easily fit the challenge to suit your abilities.

The adventures people encounter along the trail helps them to cope with the challenges of life.

The Brisbane Valley Rail Trail is more than just a rail trail.